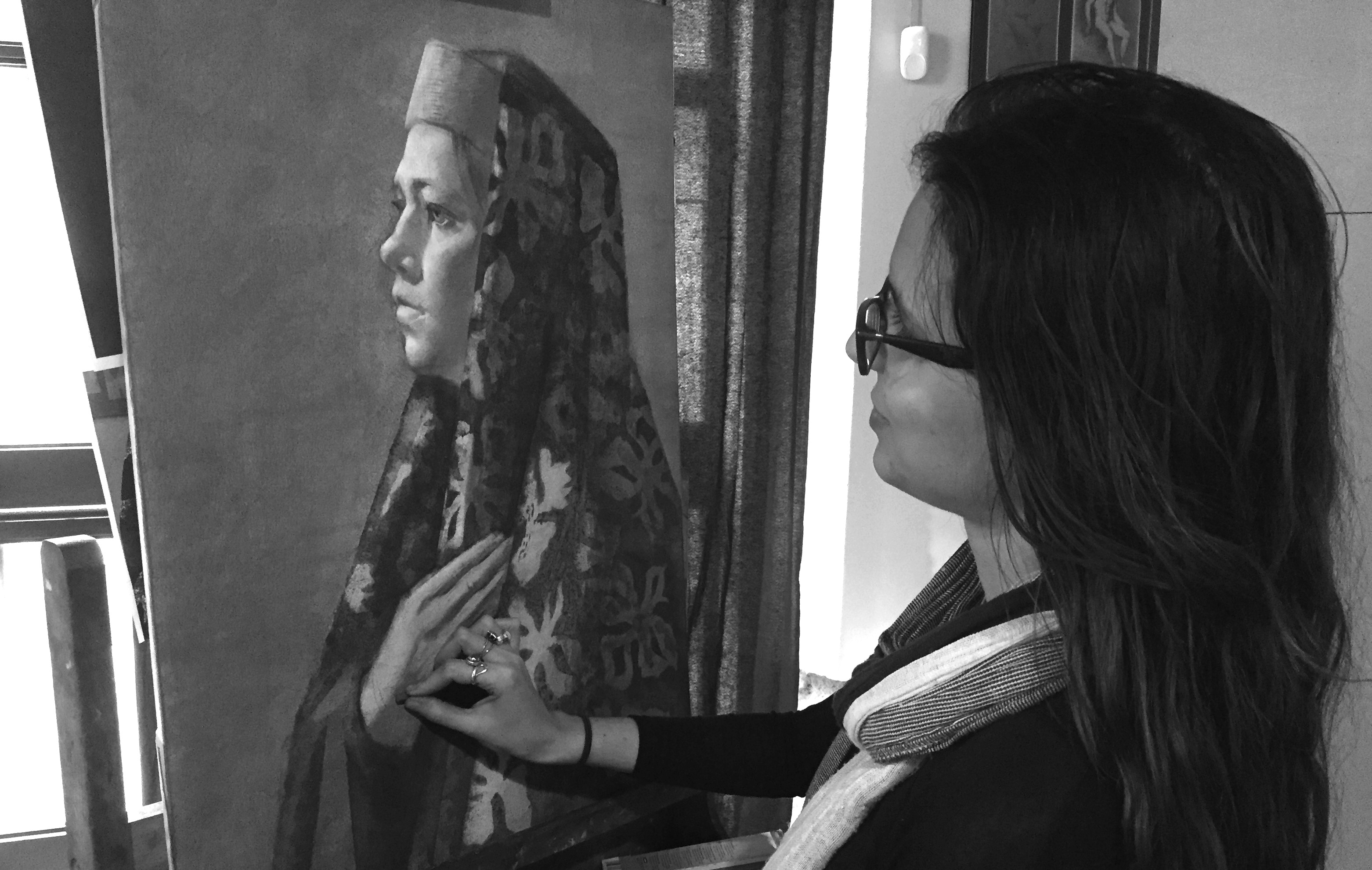 Gabriela Vaz Meirelles was born in 1983 in Goiânia, Brazil, and started drawing and painting as a child. At age 10, she developed her first graphite drawings and oil paintings at an art studio in Goiânia, where she had the opportunity to study for a year. Having graduated in Biological Sciences, she followed a fascinating scientific career, but ended up moving away for many years from her other great passion: the arts.

In 2015, in parallel with her research activities, she decided to follow a dream and reintroduce drawing and painting in her life, and had since attended courses and exhibitions in Brazil and Italy. Currently, Gabriela has concluded two years of the full-time program of Painting and Drawing at the Florence Classical Arts Academy (Russian Academy of Art) in Florence, Italy, and is working on commissions, personal artworks and projects.

As a painter, she’s driven by observation, imagination and creation, and is mostly inspired by nature and the human existence and experience. With a sensible but unquiet mind, she’s constantly seeking knowledge and beauty. Aware of this, after many years, she finally understands that is impossible to separate the person from the scientist and artist she is. Her art is indeed a way to explore nature and the human soul.

Every artist dips his brush in his own soul, and paints his own nature into his pictures.